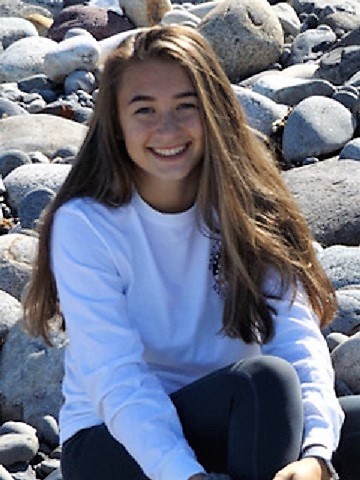 Arsenault, Blethen finalists for 2019 High School Athlete of the Year

Arsenault, Blethen finalists for 2019 High School Athlete of the Year

The selection process for this award begins in the spring with eight midcoast high schools being requested to submit two female and two male nominees to the Midcoast Sports Hall of Fame Directors. The midcoast schools are Oceanside, Camden Hills, Medomak Valley, Lincoln Academy, Vinalhaven, Islesboro, Boothbay Region and Wiscasset.

Arsenault has excelled in field hockey, basketball, and lacrosse. In field hockey. Chloe was named to the MVC Conference First Team and the All State field hockey team for her sophomore and junior years. In addition, Chloe has played club field hockey for the Black Bear Elite team and Maine Elite Field Hockey. In basketball, Chloe plays point guard on the Boothbay team which in 2018- 2019 won the MVC Championship, the Class C South Regional Championship, and the Class C State Championship with an undefeated season (22-0). In lacrosse, Chloe was team captain and MVP her junior year, scoring a total of 83 career goals, and is on track to get 100 goals during her senior season.

Blethen, the 2019 salutatorian, excelled in two sports --- as a two-time Individual Regional X-C Champion and by leading Boothbay to a Class C State Basketball Championship in 2019, scoring a career total 1,223 points. Faith led the Boothbay X-C Team to the MVC Team Championship in 2015, and was the Mountain Valley Conference X-C Individual Champion and the MVC Girls X-C Runner of the Year in 2015, 2016, and 2018. Furthermore, Faith was the Southern Maine Regional X-C Individual Champion in 2015 and 2016. Faith excelled equally in basketball, leading Boothbay to MVC Team Championships in 2016, 2017, and 2019. She was named all four years to the MVC First Team All Star, and in 2018 & 2019 she was MVC Girls basketball Player of the Year. In the State Tourney play, Boothbay won the Southern Regional Class C Championship in 2015-2016 and were State Class C Runners-Up that year. In 2017-18 Boothbay was Class C South Regional Runners-Up, and in 2018 -19 Boothbay was Class C Southern Regional and State Champions, 35 years since the last state championship for Girls Basketball (1984). Individually, Faith was a 2109 Miss Maine Basketball Finalist (top 3), a McDonald’s Girls Basketball All-Star and Academic All-Star, and a Maine Gatorade Girls Basketball Player of the Year Nominee in 2018 and 2019, along with numerous other state recognitions. Academically, Faith maintained High Honors all four years, was in NHS, class president her senior year, president of the Rotary Interact Club, and was involved in numerous way in her community. Faith is attending George Washington University this fall on a full tuition scholarship.

The Midcoast Sports Hall of Fame, located in Waldoboro, wants to congratulate all these Midcoast athletes for their nominations by their communities and for their impressive accomplishments.

Thank you to the Boothbay Register for this article.